The musical theater in the era of the global pandemic 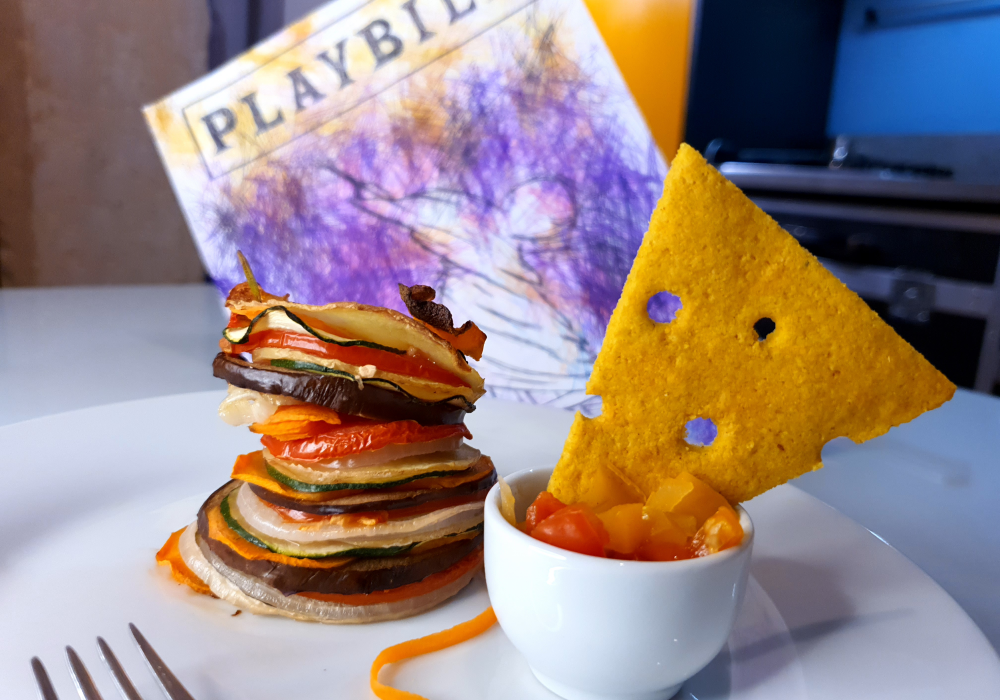 Yes, the first musical to open the #thetasteofmusical column is “Ratatouille – The TikTok Musical”. This musical has not made history, it’s making it because it’s the first show to have unhinged all the rules of theatrical production… Created simply by fans and enthusiasts from all over the world, and arrived on Broadway in no time say.

Let’s start from the beginning…

It all started with a nice video posted on TikTok by Emily Jacobsen where she hummed “Ode to Remy” a lovely tune she invented and dedicated to the protagonist of the Disney Pixar cartoon “Ratatouille”. In the space of a few months this video has truly unleashed a worldwide phenomenon, attracting attention and stirring up a real media tam-tam… but let’s take a step back even further…

…The Plot in a nutshell…

For those who don’t remember the Disney cartoon Ratatouille, it speaks about Remy. A little mouse of the Parisian countryside with an extraordinary sense of smell and a refined taste, a passion for cooking, and a big dream, to become a renowned chef. Although his family invites him to settle for the lifestyle of the rat colony, Remy doesn’t want to keep rummaging in the garbage but wants to experiment with new flavors.

After being lost due to a sudden escape to save himself, he accidentally finds himself alone in Paris close to the restaurant of the famous chef Auguste Gusteau, as well Remy’s idol. Since Gusteau passed away sometime earlier, the restaurant is now run by Skinner, who would like to transform what used to be a renowned restaurant into a frozen food chain.

Remy becomes friends with Linguini, the clumsy and introverted scullery boy who works in the restaurant, who, shortly thereafter, discovers his friend’s incredible talent for cooking. So, the two decide to form a team without everyone’s knowledge. Between adventures, misadventures, laughter, and quarrels, in the end, the two manage to restore Gusteau’s restaurant to its former glory but above all Remy manages to realize his big dream.

…Back to the musical…

In a moment where the theaters are paralyzed, the productions are stopped and the theatrical people are waiting to restart; creativity, desire to get involved and collaboration prevailed. These people have managed to unhinge the traditional construction of a show. They literally threw up the canonical rules of production, opening up new possibilities, breaking down entry barriers, and demonstrating to the world how much the motto of chef Gusteau “Anyone can cook” can have value even if extrapolated from a context like the culinary one…

In addition to the message of the plot, of the series: “it doesn’t matter who you are or where you come from, but remember: if you believe in it and commit yourself, you can reach that goal. Between ups and downs, the time will come, and sooner or later you will make it…” The thing that fascinated me most about this story is that there was teamwork, where people of different backgrounds, ages, nationalities were united for a single goal… dreaming and fantasizing about how their favorite Disney cartoon could be on Broadway… no one would ever have expected all this to become reality, but above all the new catchphrase on everyone’s lips.

…As unreal as it is true…

This continuous rumble has also reached the upper floors of Disney, thus obtaining permission to organize a real virtual concert on Bradway a little later. An exceptional production together with the creative cast (the same authors of the TikTok videos) have put together in no time a virtual show debuting on January 1st online. Well-known names in the theatrical environment performed the main roles thus raising more than $ 2M from ticket sales to be donated to the Actors Fund (a non-profit organization that supports artists and operators in the performing and entertainment arts).

After all this preamble, it’s time to find out in detail what Ratatouille – the TikTok musical’s taste could be? 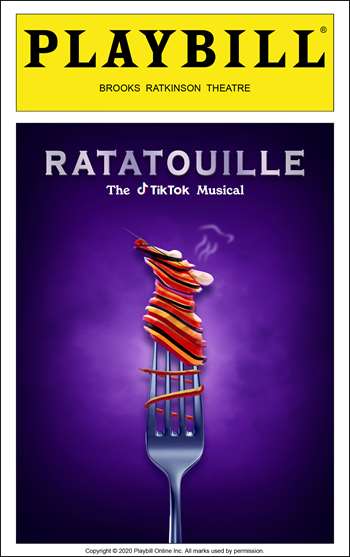 The Playbill is a booklet that is created specifically for each Broadway musical and that is delivered free of charge at the entrance to the theater where the show is staged. It acts as a real program where inside you can find all the information about the cast, the creative team, the production, the plot, and the list of titles of the musical numbers of the show.

Of course, there is no lack of advertising for local activities or promotions for other shows, but the Playbill, for musical fans, is a real collector’s item that acquires even more value if on its cover you manage to steal some autographs from the cast at the stage-door exit. As a lover and working inside the field I love it, I cherish with love all the ones I collected during the period I lived in New York, and every now and then I like to browse them dreaming that sooner or later even my show will have one.

“Cooking is the Theater of my emotions”

Assuming that the title of this show already contains two important elements: a renowned recipe of the French tradition and the word Rat. The image in my head was clear enough but the Artwork (the logo) created by Jess Siswick gave the final idea. I don’t always make a sketch before transforming a dish from idea to reality but I admit that it is often useful to make the ideas or images that bounce around in my mind more tangible … so if I decide to bring this show to the table I would do it like this: 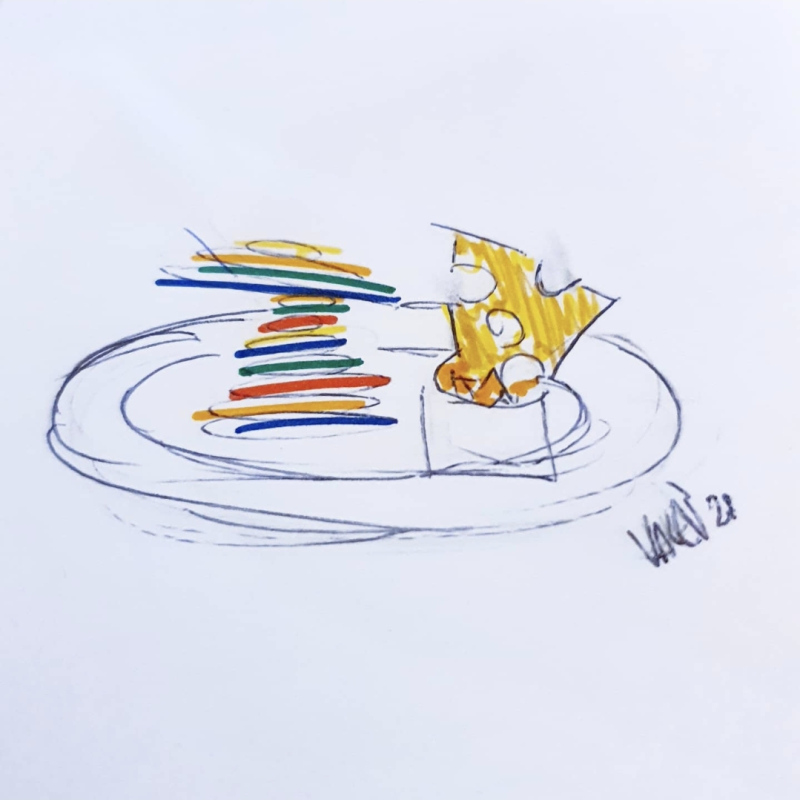 My simple salt-free reinterpretation of the classic version of the French recipe but above all with a touch of cheese, which you know, for mice, never hurts.

I’m presenting you my RAT-ATOUILLE.

A mouse made up of slices of mixed flavored vegetables, cooked in the oven and served with diced pepper and gluten-free spiced cheese cracker. 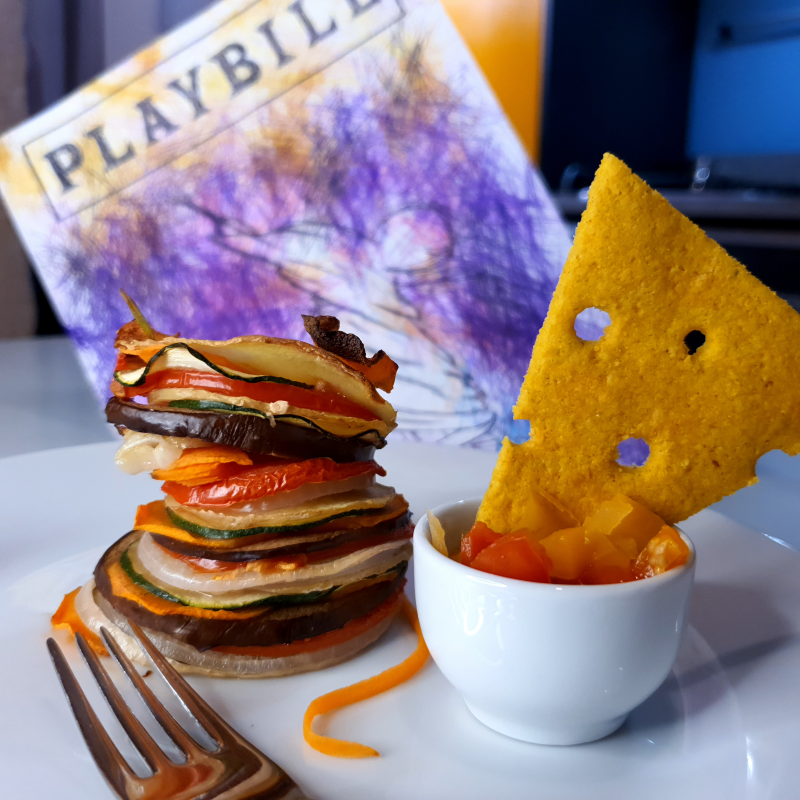 Enveloping scents and an explosion of colors inebriate eyes, mind, and spirit as they catapult you directly into the kitchen next to Remy. But if I talk about colors obviously could not miss a creation by my favorite artist, as well as assistant and partner in life and madness EDIVAD DRAWS.

Here is the work inspired by the original Playbill and made entirely with ballpoint pens. This as well as other works are available on request. Just click here to enter into his world full of lines and colors. Now I’m curious, looking at this drawing what is the first emotion that springs to you?

A musical born from a nice, fresh idea, with songs that literally enter your head and never leave you… in my opinion with very great potential. Who knows if Disney, after supporting the show, doesn’t decide to actually put it on stage?!

Apart from that, even that’s an isolated case or that’s the new trend for the production of upcoming shows is not yet known, but we can certainly take home a very great lesson: when there is a desire to get involved, collaboration and passion without starving to be protagonists but simply compact towards a single goal, magic can happen…

And now it’s time for magic too… what will be the next musical protagonist?

I’m Vallì Homemade a creative woman inside and outside the kitchen. I divide my life into two main passions: Cooking and Theater. On one side I’m an everyday chef who wants to share with amateurs and passioned people salt-free and sugar-free recipes, events, and secrets. On the other side, I’m a theatrical performer and a producer with an enormous love for every kind of art. In this section, I’ve decided to blend these two sides and give musicals another perspective… Which will be the taste of the next musical?

Enter your email to be updated with the next protagonists of #thetasteofmusicals, events, tips to share, secrets and recipes for cooking healthy, tasty salt-free and sugar-free dishes.

Check your inbox or spam folder to confirm your subscription 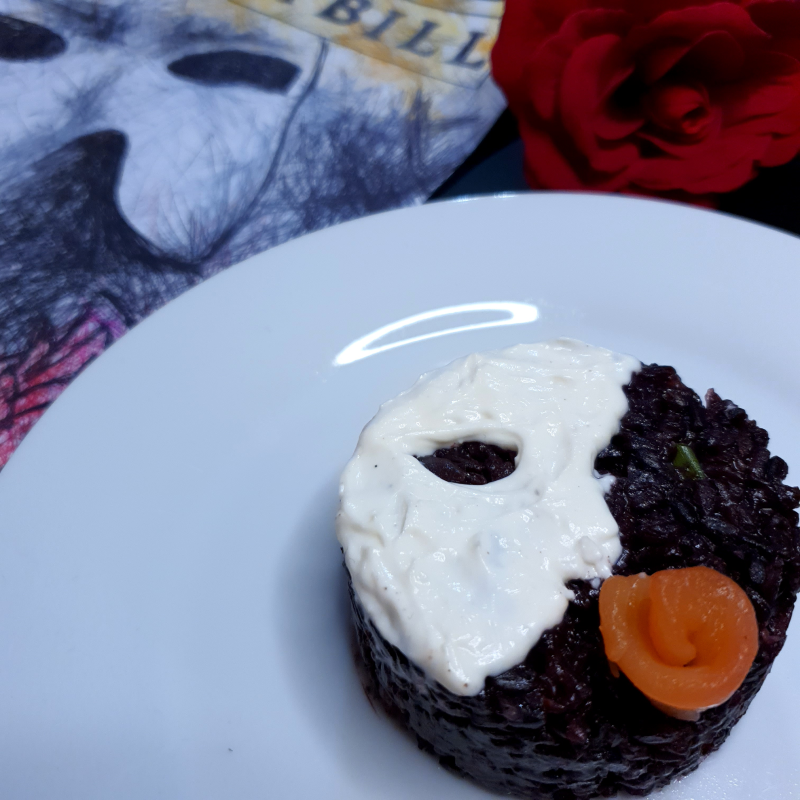 The Phantom of the Opera – #thetasteofmusical

OPEN THE FULL COLLECTION OF #THETASTEOFMUSICAL

THE EVENTS BY VALLI’ HOMEMADE

DISCOVER ALL OF THEM

THOUGHTS FROM MY KITCHEN 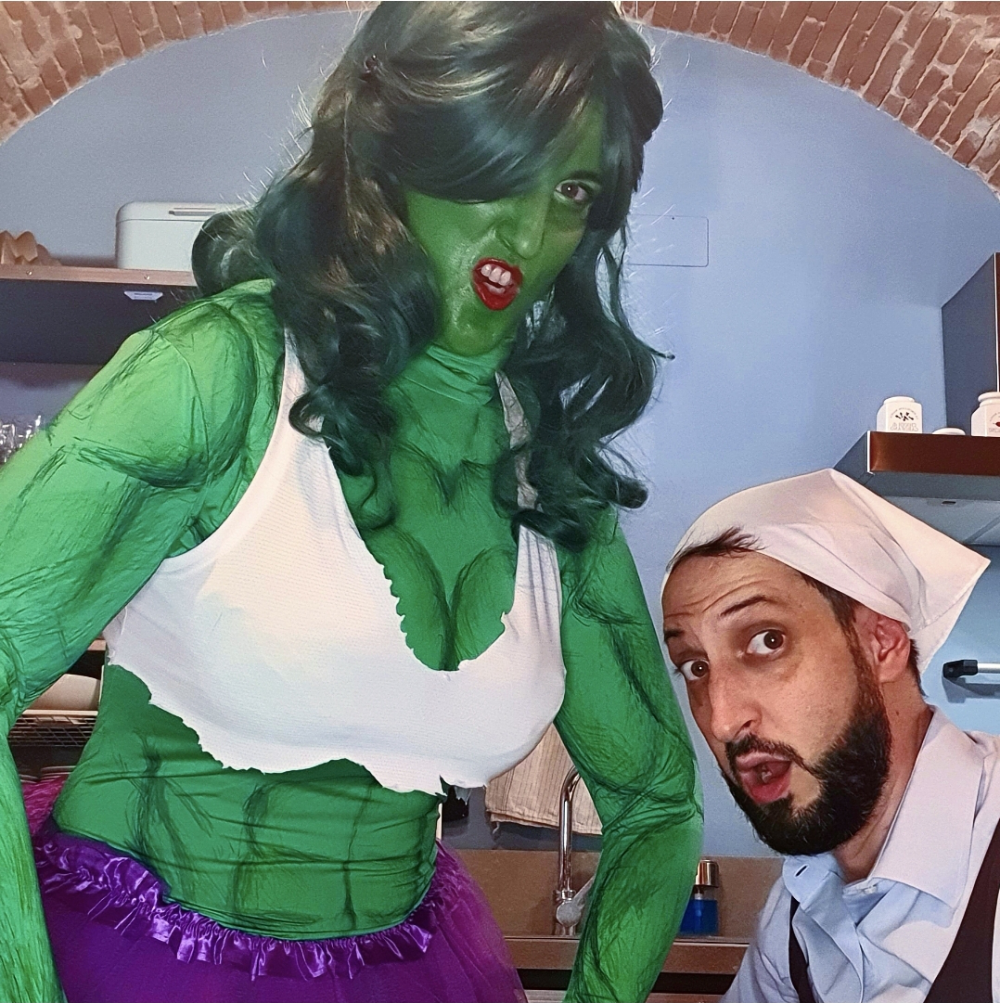 A crazy couple – Hulkina and Cinderello undercover
A CRAZY COUPLE Moments of ordinary madness at home with Vallì and Dave SHARE WITH... 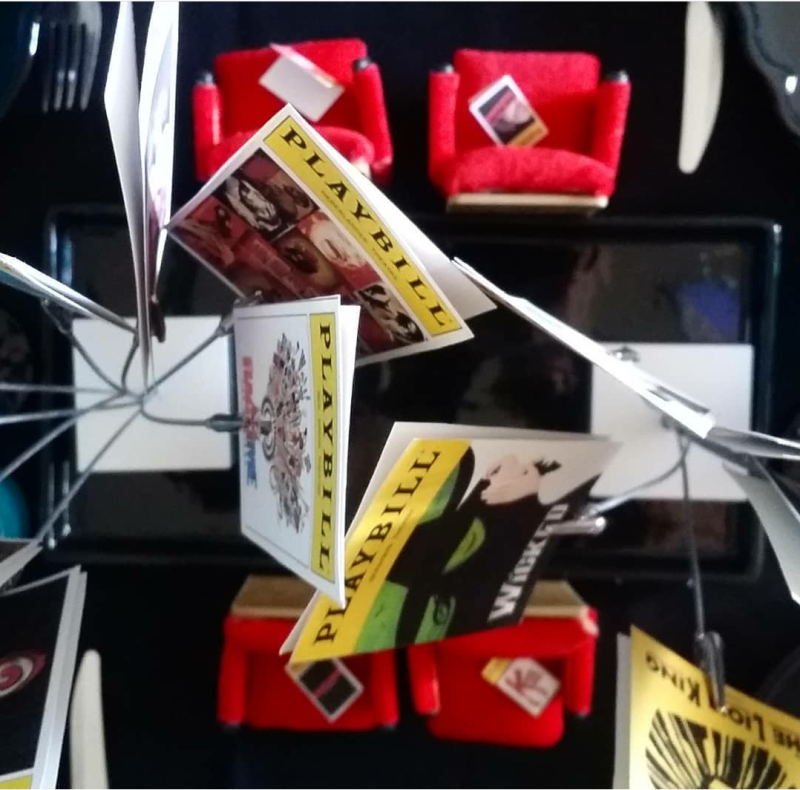 The taste of musical #thetasteofmusical
What is the taste of the musical, have you ever wondered?! I started wondering in... 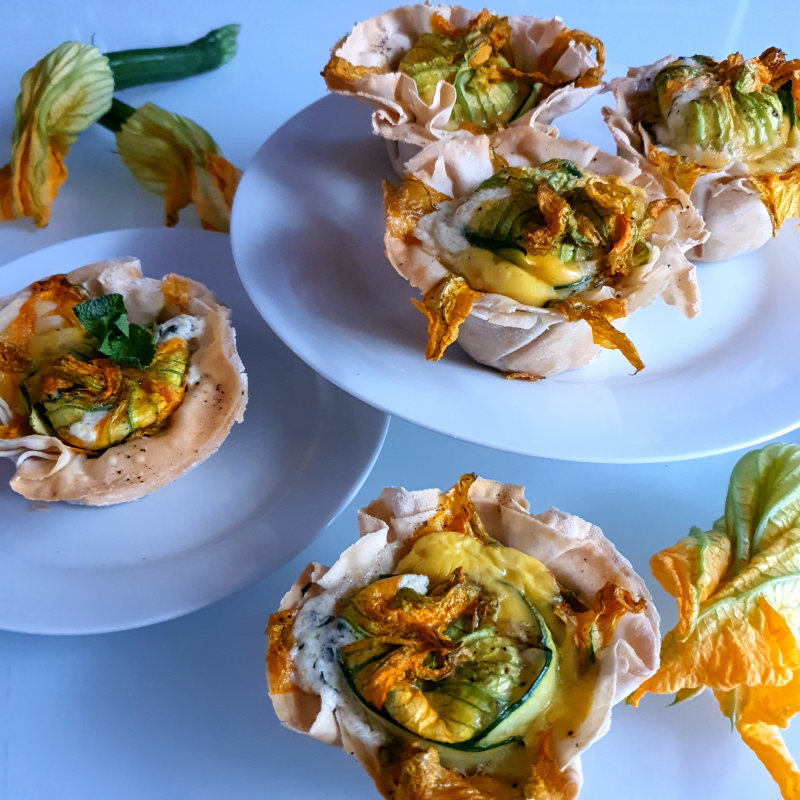 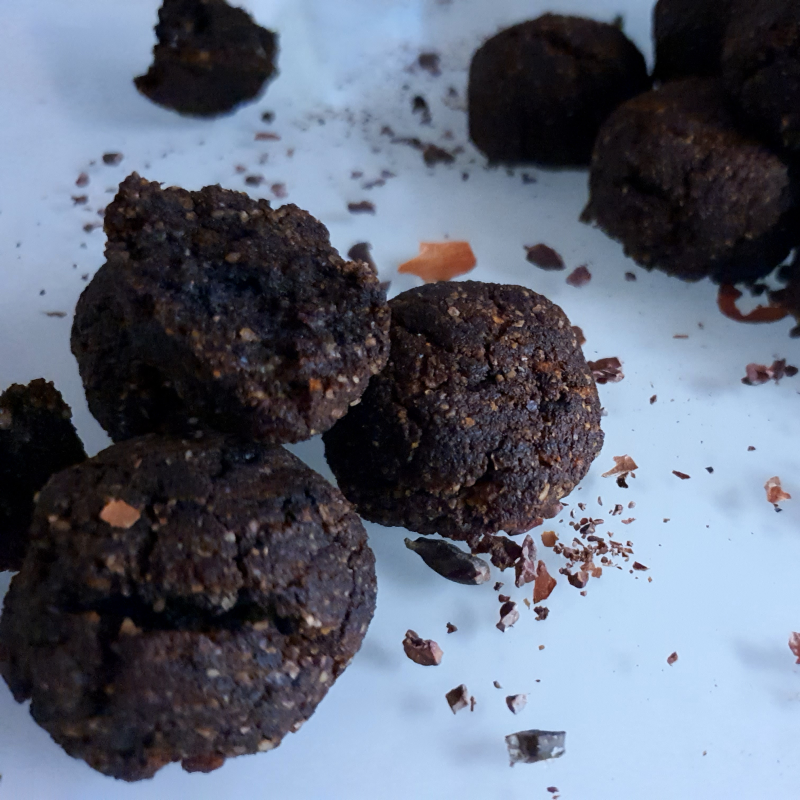 READ ALL MY RECIPES

JOIN THE WORLD OF VALLÌ

#THETASTEOFMUSICAL
Cancel Comment
We use cookies on our website to give you the most relevant experience by remembering your preferences and repeat visits. By clicking “Accept”, you consent to the use of ALL the cookies.
CCPA Do not sell my personal info.
Impostazioni/SettingsAccetta/Accept
Manage consent

🇺🇸This website uses cookies to improve your experience while you navigate through the website. Out of these, the cookies that are categorized as necessary are stored on your browser as they are essential for the working of basic functionalities of the website. We also use third-party cookies that help us analyze and understand how you use this website. These cookies will be stored in your browser only with your consent. You also have the option to opt-out of these cookies. But opting out of some of these cookies may affect your browsing experience.
Advertisement
Advertisement cookies are used to provide visitors with relevant ads and marketing campaigns. These cookies track visitors across websites and collect information to provide customized ads.
Analytics
Analytical cookies are used to understand how visitors interact with the website. These cookies help provide information on metrics the number of visitors, bounce rate, traffic source, etc.
Functional
Functional cookies help to perform certain functionalities like sharing the content of the website on social media platforms, collect feedbacks, and other third-party features.
Necessary
Necessary cookies are absolutely essential for the website to function properly. These cookies ensure basic functionalities and security features of the website, anonymously.
Others
Other uncategorized cookies are those that are being analyzed and have not been classified into a category as yet.
Performance
Performance cookies are used to understand and analyze the key performance indexes of the website which helps in delivering a better user experience for the visitors.
SAVE & ACCEPT